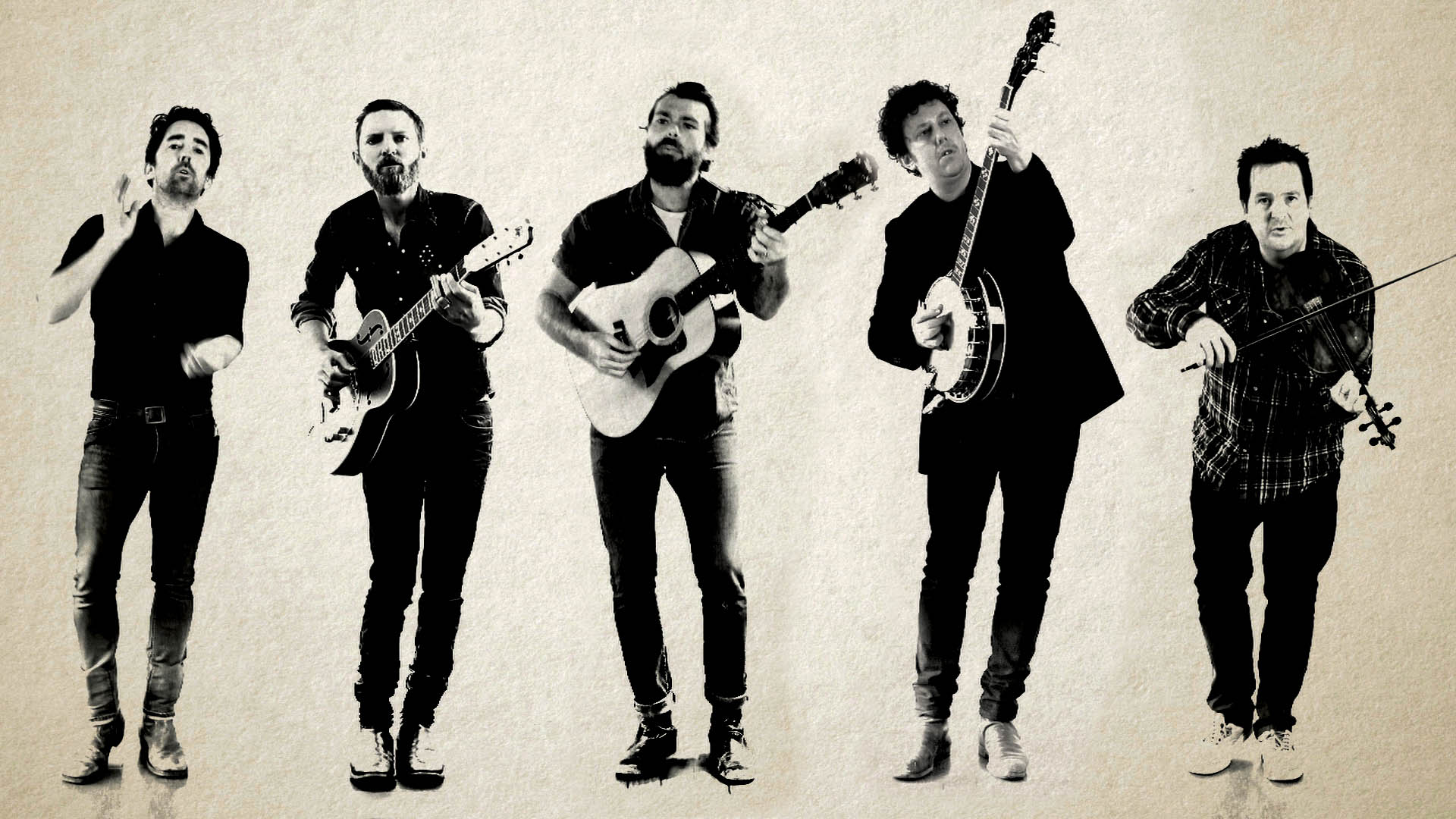 The Wilson Pickers are a formidable Australian group with an impeccable songwriting and playing pedigree.

Started in 2009 as a side project for Andrew Morris, Danny Widdicombe, Sime Nugent, Ben Salter and John Bedggood, the Wilson Pickers have since gone on to receive an ARIA nomination for each of their albums, play major festivals throughout Australia and build a reputation for the very, very good time that is had by everyone at their live shows.

The Pickers play original folk and country songs using bluegrass instrumentation. They stand five men across the front of the stage and are renowned for their 5 part harmony singing and jovial attitude. Their shows are raucous, virtuosic, often spell binding and always fun.

In 2016 they will release their third album – “You Can’t Catch Fish From A Train.”

BACK STORY : THE SIDE PROJECT THAT GOT AWAY WITH IT.
In 2008 singer- songwriter Andrew Morris and multi instrumentalist John Bedggood were touring through the United States in the Bernard Fanning band. During the tour they witnessed a number of authentic bluegrass gigs first-hand, and decided to put something similar together back home – but with an antipodean twist.

Returning to Australia, Morris and Bedggood recruited old chums and singer-songwriters Danny Widdicombe, Sime Nugent and Ben Salter. After a few get togethers they had a somewhat contentious name and a handful of songs. So it is that The Wilson Pickers began as a side project for these five widely regarded soloists and players.

Soon after, they recorded their debut album in a matter of days. It was released to widespread acclaim and a few tours later the band had tongues wagging up and down the East coast. Both of The Wilson Pickers studio albums – 2009’s “The Land of the Powerful Owl” and 2010’s “Shake It Down” – were nominated for ARIA awards in the “Best Blues and Roots Album” category.

News of the Wilson Pickers had traveled fast. The group’s palpable friendship and willingness to have a great time playing music together soon made them favourites at major festivals across the country, including The East Coast Blues and Roots, Queenscliff Music Festival, Tamworth Country Music Festival, CMC Rocks the Hunter, CMC Rocks the Snowies, Gympie Muster, Woodford Folk Festival and Port Fairy Folk festival.

The ensemble were able to straddle multiple music genres and crowds responded wherever they went. The fact that the Pickers even supported the Black Keys is testament their broad appeal.

Along the way the band also released the Jolene EP in 2011, which featured cover versions of artists ranging from Paul Kelly to Townes Van Zandt to Mental As Anything. The title track is Dolly Parton’s classic lament, “Jolene”, which has been given the Wilson Pickers treatment and since become a live favourite, dropping jaws countrywide.

Perhaps the appeal of The Wilson Pickers is no accident. Between them the band members have released over 30 recorded albums and have worked with or instigated beloved musical acts such as The Gin Club, Sweet Jean, Tim Rogers, The Painted Ladies, Bernard Fanning, Kasey Chambers and Shane Nicholson and Giants of Science.

The five members continue to pursue their individual projects. The Pickers have also had to take time off while Danny Widdicombe had treatment for Leukaemia. With an opening in their schedules away from The Wilson Pickers and the success of Danny’s treatment, the friends came back together in 2014. And that’s a very good thing.

When these five fellas play music together as The Wilson Pickers something very special happens.